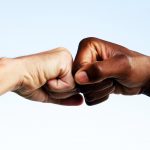 Aretha Franklin, known as the Queen of Soul, famously sang, “All I’m asking is for a little respect.” Feeling respected is an important part of wellness, and sometimes it takes a little self-advocacy to get that R-E-S-P-E-C-T. In fact, respect is often the main goal of self-advocacy. I’ve taught self-help and self-advocacy to people all over the United States and from all walks of life. The cultures of places like New Hampshire, Hawaii, and Arizona are very different. But most of the people who came to the training sessions were looking for the same thing as Aretha: a little respect.

Last week, I wrote about how the first chapter of WRAP Plus covers some important self-advocacy tols. This week, I had to use some of those tools myself. I was stuck in one of those all-too-familiar battles against bureaucracy

I had a medical pre-authorization letter in my hand, but it didn’t do me any good, because it wasn’t in “the system.” Nobody could tell me why it wasn’t “in the system” or whose job it was to put it there. Instead, I got an email stating, “I can’t help you.”

What the person who sent the email didn’t realize is that there was something he could have done that would have been just as easy. He could have shown me some respect. He might not have been the person who could put the authorization “in the system,” but he could have asked, “Have you talked to so-and-so?” At the very least, he could have said he was sorry I was so frustrated. I was looking for help with something specific, but a little respect would also have gone a long way.

So how can the tools in WRAP Plus help you? The self-advocacy tips include pushing ahead until you find the right person—something that I did by contacting people higher and higher up the chain of command until someone took notice. The tips also suggest sticking to a simple message about “what you want and expect until they either give it to you, help you get it, or refer you to someone else who may be able to give you what you need.” Perhaps most importantly, the tips include suggestions on how to assert yourself without letting people “put you down” or “walk all over you.” By practicing your self-advocacy skills, you can get that R-E-S-P-E-C-T that we all want and need.

What do you do to make sure people treat you with respect? Let us know on our Facebook page.