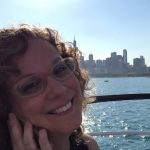 I first became aware of Mary Ellen Copeland and WRAP many years ago, when we invited her to speak at a workshop that our national Research and Training Center at the University of Illinois at Chicago was hosting on self-determination for people in mental health recovery. Mary Ellen filled the workshop to standing-room-only capacity, which impressed me even before I heard her speak.

Then she began sharing her personal story, along with the journey that she and others took to develop a safe, simple, and effective way for people to manage their mental and emotional well-being. If you’ve heard Mary Ellen speak, you know the impact she has. We were all energized, and the Illinois WRAP movement was born.

Some years later, our Center became interested in studying peer-led programs, and WRAP was a natural choice. We found WRAP to be a compelling approach, and people were using it around the world. But, there wasn’t yet rigorous evidence about whether WRAP really worked to help people self-manage their mental health and wellness.

Also, there is a natural tension involved in applying rigorous research methods to a grassroots self-help intervention, as Center Director Judith Cook has written. As researchers, you wonder whether the intervention can be taught with fidelity to the model so you can measure outcomes. And those who develop a peer-led program may worry that, in the process of studying it, you will somehow change it.

Yet, as Dr. Cook noted, all of us involved in the research came to deeply trust and respect one another. Mary Ellen and the WRAP teachers embraced the value of the research; they saw our commitment to maintaining the integrity of what they were achieving with WRAP. My fellow researchers and I embraced the value of working with advocates who were dedicated to their mission. We appreciated that they were open to taking a risk to see whether what they believed in so passionately was effective.

Shining a Light on Recovery

At that time, the WRAP educators and the researchers were learning about what it’s like to lead an effective WRAP group that also meets fidelity standards. While the studies were underway, we held weekly calls with the WRAP educators to talk about the group attendance, research fidelity, and how the group participants were doing. We wanted to know: Did people enjoy learning about WRAP? Did they find it easy to grasp? Was anyone struggling either to learn WRAP or to just be in a group?

Early on, I remember there were challenges with participants who were struggling either with the material or with being in a group setting. Some found it difficult to read or write. Others were dealing with personal crises. We all felt committed to keeping everyone engaged in WRAP so we could accomplish the best possible study of it.

Mary Ellen was like a touchstone for WRAP’s values and ethics in these times. She was unwavering about the need to treat each and every participant with unconditional high regard, which is one of the foundational values of WRAP. Individuals don’t have to earn our regard. We can believe in them and their ability to recover simply because they are human.

Many others in these participants’ lives may have given up on them because of their struggles. But Mary Ellen made clear that we never would, even if we determined that WRAP wasn’t right for them at that particular time.

Now, I want to be clear that everyone involved in the study had an intense strengths-based recovery orientation. We all believed in recovery, and we all believed in the power of peer support. But sometimes it can be hard in the moment to hold out hope for people, especially when they’ve lost hope for themselves. Mary Ellen was a beacon of hope; she would shine that light every time, which had a calming and energizing effect. Some of the individuals we worried couldn’t benefit from WRAP even went on to become its biggest success stories!

The type of participatory research we do always comes with risks. As I noted, there is the very real concern that just by studying a peer-led, recovery intervention, you will somehow change it. Change did happen, but not to WRAP itself. Our research showed that WRAP can be delivered with fidelity and when it is, it can improve people’s lives for the better.

What changed was the way each of us involved in the study viewed our work, each other, and ourselves. Years later, I still think, “what would Mary Ellen say,” when faced with helping someone who is having a hard time, or when I have a hard time myself. Along with being an amazing WRAP champion, Mary Ellen was an extraordinary mentor and coach. I’m very grateful that I had the opportunity to work with her, and I wish her and Ed every happiness in their retirement!