No Regrets: Bridging Two Worlds with WRAP and My Story 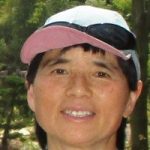 I met Frances Herbert in the early 1980s in Michigan, where I was a college student studying English literature. I returned home to Japan, married, got a job, and bought a house; I had a good life. Frances and I stayed in touch over the years, and she came to see me in Japan in 1999. That visit shook my life. I knew I had to be honest with myself, yet I also knew I would be hurting my husband and my family. When I made my decision to join Frances in the United States, my whole body felt a sense of freedom. Still, I left the country quietly and with a sense of shame. Both joy and hardship followed.

For more than a decade, I made numerous attempts to secure a green card, but nothing worked. I took classes to maintain my student visa, earning degrees in clinical laboratory science in 2005 and graphic design in 2010. Frances and I worked with attorneys and with our elected representatives. In 2011, I finally broke down. My energy was drained and my hopes were shattered. I was physically, emotionally, and spiritually vulnerable. That’s when Mary Ellen Copeland, my neighbor and friend, suggested I take a WRAP course.

I didn’t know anything about WRAP. I took the class and thought it was wonderful, but it felt overwhelming. Still, when I wanted to return to Japan to help in the aftermath of the devastating earthquake and tsunami, Mary Ellen was there again, encouraging me to take a WRAP Facilitator training course. Once again I enjoyed the class, but I still wasn’t certain I fully understood WRAP.

Mary Ellen’s support never wavered, and neither did Frances’s support and love. I continued to struggle with my immigration status. Frances and I married in Vermont in 2011, but as long as the federal Defense of Marriage Act (DOMA) was still the law of the land, I could not receive a spousal visa. Mary Ellen introduced me to Eri Kuno, an Advanced Level WRAP Facilitator who had spearheaded WRAP initiatives across Japan. I saw how Eri was using WRAP to bridge our two countries, and I thought that maybe I could do that, too. Eri became a friend and mentor. We had deep spiritual conversations and we also became collaborators.

I thought of WRAP as complicated, something I couldn’t possibly do on my own. Eri sought to make it simple. She translated A WRAP Workbook for Kids into Japanese, creating Genki-Cho, which means “get energized.” Knowing about my graphic design background, Eri asked me to do the illustrations. The result was a colorful, joyful workbook that children could use to create their own tools for staying well. The simplicity of the messages resonates with adults, as well.

When Eri died from cancer this past summer, it was a huge loss for all of us. In October, Mary Ellen and her husband, Ed, together with Frances and I, held a traditional Buddhist celebration of Eri’s life. Again, I began to think about how WRAP could help me bridge the two worlds in which I lived, beginning with the WRAP workbook Eri and I created.

The thought of moving freely between America and Japan became easier when, finally, on September 3, 2013, I received my green card! The U.S. Supreme Court struck down DOMA, but I had help even closer to home. The people in Dummerston—my congressman and senators, the governor of Vermont, and lawyers with Immigration Equality—all stepped up in support of my efforts to legally remain in the United States.

But perhaps the most important support I received was from my ex-husband. I found out he had signed a petition on my behalf. The day he called to congratulate me on receiving my green card, my cells filled with joy. At last, I could lay down the guilt and shame I had carried for more than a decade.

I was interviewed in the United States and finally felt I could share my story back home. As I told The Japan Times, now I can live out loud.

Lifting People Up, One at a Time

There is a wonderful saying, “When the student is ready, the teacher will appear.” I recently completed my third WRAP facilitator refresher course. I had a feeling that this time something would be different, and it was. My whole body registered the difference as I experienced many “Aha!” moments. Finally, WRAP seemed to fit.

I connected with others around the experiences they were sharing. I now understand that even if you have just one person you can count on, you have support. I see that learning to calm myself can be as simple as picking up a coloring book. I realized that my WRAP is what I make it, using as much or as little as I need to stay well.

Today, I use WRAP to help me through what feel like uncertain times. I put the five key principles into practice—hope, personal responsibility, education, self-advocacy, and support. I care for animals, including Mary Ellen’s dog, Maggie, and I spend time with like-minded friends. This December, I will apply to become a U.S. citizen.

I have long said that when I die, I don’t want to have big regrets. I have followed my heart and lived my own life, and I hope to help others do the same. I believe I can use WRAP and my story to help bridge the gap between the United States and Japan, which has one the world’s highest suicide rates. I don’t have to lift everybody up—I can’t. But even if I can lift one person and give them hope, it will be worth the effort.