The WRAP Story – Origins and Healing

When I think about where WRAP came from, my thoughts go back in time, much further than I thought they would go. They go back in time to when I was a very little girl, eight years old, lonely and frightened, as a nurse with lots of keys unlocked numerous heavy doors, leading me and my siblings, to the large noisy and scary room where we would have our brief weekly visit with my mother. She had been taken there after she experienced deep and seemingly intractable depression, and after my father had been told that she was incurably insane. 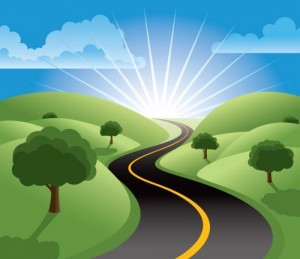 Our visit was brief and impersonal. It was hard to find the woman we remembered as Ma in the midst of multitudes of agitated people, pacing, crying, screaming and often interrupting any semblance of a conversation we were trying to have with our mother who was herself constantly walking in circles and repeating over and over words we couldn’t understand. I think WRAP began there, in the mind of a small girl who became convinced that what was happening here was wrong and bad, that there was no chance anyone could get well and stay well in this circumstance, where the only treatment was an occasional barbaric electroshock treatment (they were really barbaric in the old days, irrespective of how they are viewed today) and an occasional ceramics class.

In spite of all, after eight years in that horrible place, my mother did get well.  She came home and gradually, over time, picked up the pieces of her life and moved on. I think at that point, the possibility that people might recover became a little clearer for me. I watched what was happening, and as I look back, wish I had been more supportive rather than a typical somewhat difficult teen-ager away at college and building a life of my own. I saw how she built new, supportive relationships, pursued her long dormant career as a dietician and worked to maintain her wellness and continue her recovery with too little support from family and none from care providers. What a brave woman!

Through this time I went to college, got married, had a family, and was diverted from that niggling thought in my mind, “People can get over this.” But I was a total self-help “junkie.” I read every self help book and article I could get my hands on. And, because I was experiencing deep depressions in my own life, I tried the things I learned. And a lot of them helped. Especially relaxation and stress reduction techniques, diet and alternative options. I raised my children, began a career and life moved along in spite of the depressions and some expansive moods that were becoming almost a constant companion. And still the thought lingered in the back of my mind. There is something you can do. People don’t need to go through this. I took it out, dusted it off and reviewed it from time to time and then it settled back into its place at the back of my mind.

And then something happened that catapulted that thought into clear view. I had been overworking and leading a very stressful life. I was in a bad marriage and had many more responsibilities than any one person should have. In the process of getting out of the marriage and trying to rebuild my life, my times of deep sadness increased, and also some puzzling times when for no good reason I felt absolutely terrific, better than I had ever felt in my life. At times my moods were so expansive and I enjoyed them so much that I failed to notice the ominous signs that were becoming so clear to family members and friends.

After finding myself with no work and means to support myself, and after repeated hospitalizations and trials on stronger and stronger medications, I said to my psychiatrist, “How do people like me recover? How do they get well, stay well and get on with their lives?” He said he would get that information for me for the next appointment.

I looked forward to the next appointment with great anticipation. Finally I was going to get some information that would lead me out of this morass. Imagine my disappointment when he told me that there was no information of that kind. He said, “We have information on medication options and on treatment programs, but nothing on how people get well and move on with their lives.” I was astounded. And it was then that the thought that had laid dormant in my mind for so long decided to stir. It said, “You need to talk to people like yourself-people who have all these horrid “symptoms” and life experiences. You need to ask them what helps. If you get information from enough people, you will be able to figure out what to do for yourself.”

I devised a plan where I would develop a survey and ask people like me to fill it out. I didn’t really know the questions to ask so I made them very open-ended, hoping if people wrote a lot, I could glean some answers, and then perhaps even figure out some new questions from that. I thought I could get volunteers by putting short articles in various mental health newsletters.

I went to talk to my vocational rehabilitation counselor about this grandiose scheme, fully expecting a rebuff. After all, I had been living with out of control mood swings for quite a long time. “Why should anyone have any confidence in me?” To my surprise she said, “What a great idea?” Then she proceeded to help me develop a Social Security Plan to  Achieve Self Sufficiency that would give me money for a computer, paper  and supplies for the surveys, postage and phone money-enough to get me started.

It was slow going at first. I was trying to cope with deep depression, lack of motivation, low self confidence, anxiety, lethargy and general malaise. But somewhere inside of me there was a piece that kept me going as I set up a working space for myself in my tiny apartment, learned how to use a computer and developed articles to put in mental health publications to get volunteers. I wasn’t ready for the positive response I received. I got hundreds of phone calls and letters (this is before e-mail). I ended up with 125 volunteers, people who said they were willing to respond to a series of open-ended questions that might give me some insights on how people with various kinds of mental health difficulties cope on a daily basis, how they work toward meeting their life goals and what helps them to feel better when they are not feeling well.

My next project was to develop the surveys. I decided I would have three surveys. People could send me back the first one and I could use what I learned to develop the second one and then, in the same way the third, building each time on what I had discovered through the last surveys. People who do research gave me a really hard time. They said it would never work. Some even made fun of what they said were my primitive attempts at research. They said I would never be able to compile the data from the open ended questions I was using. They said I should ask a question and then rate the answer, 5,4,3,2,1, a process I had no interest in at all, the main reason being that I did not even know at this point what questions to ask. I had to develop some questions that were my best guess at what might get people sharing, and then use this sharing to develop questions that were more targeted toward getting useful information.

I got the most information from blank space that I left for additional information at the end of each section and at that back of the survey.

The information I got back from these surveys was amazing. People were so anxious to share. They said no one had ever before asked them for this kind of information. They wrote up the sides and all over the front and back of the survey booklets. Some sent in tape recordings and articles from magazines. As these survey booklets began piling up in my living room the task that lay ahead seemed insurmountable. How was I to compile this information in a way that made sense or could be helpful to anyone? Gradually I developed a system that seemed to work. And as I input data, I began to see patterns emerge. Things people did to help themselves became clearer and clearer. I learned about support groups, crisis plans, maintaining key relationships, diet, light, exercise and numerous “tricks” that help you feel better. I learned how people managed their medications and their relationships with health care providers. I learned how people made the best of hospital stays and how they did their best to avoid them.

The more information I compiled, the more changes I made in my own life. And I started feeling better and better. Now with new energy and enthusiasm, I set up a couple of workshops to share my findings. A health care provider told me I could never give a workshop but I did. It was packed and people loved it. Then they asked me to present at the National Alliance for the Mentally Ill Conference, my first trip since my mental health had been so troublesome. They gave me a small room to present in thinking my subject matter would be of little interest. The room was jam packed and people were standing in the hall trying to get in.  It was a huge success.

After that, whenever I led a workshop or spoke at conference, people just wanted to know about WRAP. That summer, with Jane Winterling’s help, I wrote the popular red WRAP Book and thousands and thousands and thousands of copies of it have been distributed all over the world. In addition I developed a curriculum “Mental Health Recovery Including WRAP Facilitator Manual”, rev. 2012, Peach Press) to teach people how to lead WRAP groups and began holding several WRAP facilitator seminars each year. Since then the outreach of WRAP has grown and grown and grown. Everyone wants to know about WRAP. It got so big that we had to develop theCopeland Center just to handle the numerous requests for WRAP trainings all over the world. I continue to develop WRAP related resources. They include A WRAP Workbook for Kids, WRAP for Veterans and People in the Military, Spanish WRAP, WRAP for People with Addictions, WRAP for Life, WRAP Plus, WRAP for People with Developmental Distinctions, a WRAP video series and a WRAP CD. There is also a pocket WRAP.

The exciting thing about this work is the stories I hear about how WRAP and the values and ethics that have evolved from it has affected, transformed and even saved people’s lives, and how it has done the same thing for people who teach others about WRAP and even for the mental health system.