WRAP for the Effects of Trauma 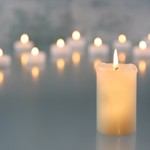 Public allegations of sexual harassment and assault against powerful figures in the entertainment industry and politics have been all over American news outlets for months, and even more so in the last few weeks. Those who came forward to speak out inspired thousands of others to share their own stories on social media.

The people who spoke out did so, at least in part, to expose the problem and to protect others. However, they almost certainly thought about how it might affect their own recovery from the effects of trauma. They might have decided that it would help them heal, or they might have decided that going public was more important than any further distress that the public attention might cause. Several of the survivors described how the assaults had affected them emotionally and how it had affected their careers and relationships.

The attention on these issues may help make workplaces and other environments safer. Yet, the level of attention might also be difficult for many people. These public outpourings represent just the tip of the iceberg. Statistics suggest that in the United States, about 1 in 6 women and 1 in 33 men have experienced rape or attempted rape. For those who have chosen to heal without publicly disclosing their experiences, all the attention on sexual harassment and assault may be distressing.

We recognize that trauma experience—sexual, physical, and emotional—plays a large role in much of the emotional distress that leads people to WRAP. For that reason, there are specific WRAP resources for healing from the effects of trauma. The book WRAP for the Effects of Trauma reflects common experiences of trauma survivors in its lists of triggers and early warning signs, for example. It also includes helpful advice for preventing additional trauma.

Has WRAP played a role in your healing from trauma? Can you offer any wellness tools or strategies to support people who are unsettled by the wall-to-wall coverage of sexual exploitation in the news right now? Let us know on our Facebook page.